Sharm El Sheikh is the biggest City in the Sinai peninsula and is known as the City of Peace. This name came after Egypt returned Sinai from the Israeli occupation in 1973 when the former Egyptian president Anwar El Sadat established the peace agreement between the two countries.

Still, no one would ever forget the Israeli effect in Sharm El Sheikh as they named many places and dive sites, They also helped with discovering and mapping diving sites, trails, and valleys in protected areas such as Ras Mohammed, The Straits of Tiran and Nabq protected area.

Life in Sharm EL Sheikh falls in between active mornings that are full of SCUBA diving from boats and shores, a variety of water sports, and mountain quad biking to crazy nightlife and vibrant clubbing scene that rolls till late at night. You can also always find luxury resorts with Aqua parks and private beaches to small motels that fit your desires.

Sharm has a wide range of Diving spots as some of its dive sites are listed among the top 10 world diving sites as stated by http://Scubatravel.co.uk, and diversport.com official websites. Like SS Thistlegorm and Shark & Yolanda reef in Ras Mohammed.  https://www.scubatravel.co.uk/topdives.html

So, let’s talk about the best diving sites that are rated internationally and also the local ones that we regularly like to take our customers to enjoy.

1- SS Thistlegorm: is a British wreck lying at the bottom of the Red Sea within the straits of Gubal. The highest point of the sunken ship is 15 meters and the lowest is 30 meters depth. It was built to transport materials for the British troops during  WWII. The ship was hit by two German bombs and it sank like a sleeping beauty on Oct. 5th, 1941, which was after only one year of constructing the 126 m length vessel.

Advanced open water divers with min. of 20 logged dives who have gone through their a pre-dive check. Specialized Wreck divers are preferred but good buoyancy control matters most to be able to penetrate this unique dive site.

at the southern point of Ras Mohammed lie two reefs in one dive with beauty in between.  They are attached together because the current in this area allows you to drift mostly from North to South where you will end up above the wreckage of the Yolanda. This is the site of a cargo ship that was sunk on 2nd April 1980 and its carriage has spread on a 15 meters depth plateau covered with soft corals and plenty of marine life.

It is not easy to have this dive without coming out with a great smile from the amount of marine life and reef colors you will encounter.

3- Jack Fish Alley: This name comes from a sandy wide passage between two reefs that is surrounded by schools of Jackfish and other predators such as Barracudas, Whitetip reef sharks, and more.

You will also experience shallow penetrable caves and a canyon that lies at a depth of 37 meters as the deepest point and 17 meters as the shallowest point.

4- El-Temple: Located very close to the Shore of Ras Um El Sid and is best reached by boat. Its name comes from the long pinnacles of corals that start from two meters and continue down to eighteen meters depth. There are many fish living in between the pinnacles which make it look like a temple.

Conditions are soft and fitting for open water divers to enjoy

5- Ras Um El Sid “El Fanar”: Can be a shore or boat dive but it is more preferred as a boat dive due to the high current that exists in the area. This site has many  Eagle rays, schools of Tuna, Raviolis, Napoleon fishes, and plenty of colorful soft corals on a reef plateau that overlooks great depth where big animals are always passing by.

6- Gordon Reef: is known and easily identified by the wreck of Loullia which ran aground on thenorthern end in September 1981. Most boats operating in Sharm are usually mooring on the southern side to help intro divers to have smooth diving. However, our boats are dedicated to divers which gives us the option of drifting eats to the west. This allows divers to see more marine life and untouched corals.

Also, the crazy round and about drift would be phenomenal if you have a good orientation, as one minute of not following the right techniques would throw you to the Blue where you can face downward currents. But the beauty of its reefs and marine life would make your soul shine if you do it properly.

What makes the Gordon an amazing spot is the current, noticeable existence of white tip reef sharks, eagle rays, deep and shallow reefs as well as lack of divers on the east and west sides, and more than four dives can be planned easily and all would fit any level of divers but the fun will require 20+ logged dives.

7- Thomas Canyon: Most famous Classic diving spot around the straits of Tiran.  You will jump from the boat around 30 meters west from the Canyon and drift past huge gorgonian coral where the  Canyon appears at a depth of 32 meters. It will always attract you to go inside, but be careful because if you don’t have a deep diver specialty we cannot take you there. However, watching it from above is breathtaking.

The best way to do it as a recreational nitrox diver is by Nitrox 28%, to get the ability to spend up to 15 minutes bottom time on the depth of 40 m.

8- Jackson reef: is the most northerly reef in Tiran. It is identified by Lara wreck which sank in 1981 due to failing navigation systems. Most boat operations moor to the western side of the reef due to its sheltered conditions from the waves. But we would say that this part isn’t our favorite side to dive in a place like Jackson. Here are our favorite 2 dives:

Following the drift will take you over a wall to the North of the reef, close enough to Lara wreck.

9- Cormoran reef: The name came after the Cormoran ship sank in Aug 1984 due to a navigational error. It is easy to find the wreck as it will appear if you follow the drift wall from east to west. It is not to be penetrated as it is almost broken, but the reef around the area is colorful, soft, and endless. This makes the area home for green turtles and reef sharks

10- Million hopes shipwreck:  is an abandoned and unmapped shipwreck that is located in Nabq protected area at the North of  Sharm that sank in 2002 that is easily identified by the towers above the water.

The story of the wreck is tragic and full of hope, ask us about its story when we meet for diving in Sharm El-Sheikh.

The good thing about this wreck is the size 178 m length – 45 m Width which makes it the biggest wreck in the North of the Red Sea. It doesn’t have tanks and missiles like the Thistlegorm but contains stunning marine life, plenty of lobsters inside, huge features, tight but interesting engine room, and good vibes inside as all the crew were saved. Besides, it is the best option after a dive in the Jackson reef with our Zodiacs due to its shallow depth that helps the decompression process after a deep dive in the Jackson Hole.

How to book your SCUBA diving entry level course? 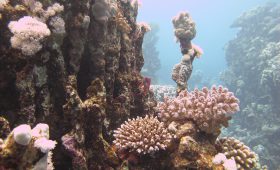 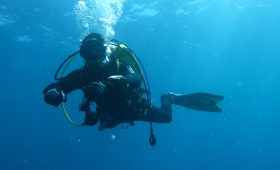